May he have a personal Geulah right now!

Yasher Koach to the Shluchim for arranging, coordinating, and encouraging. 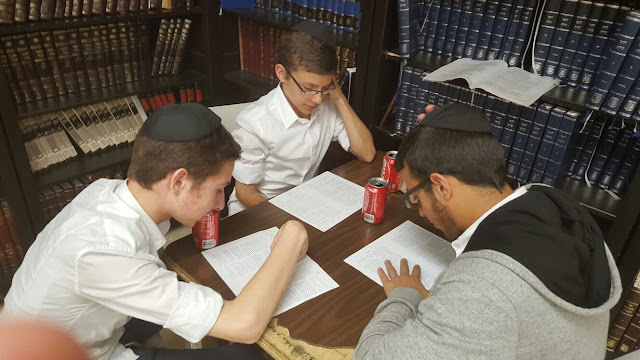 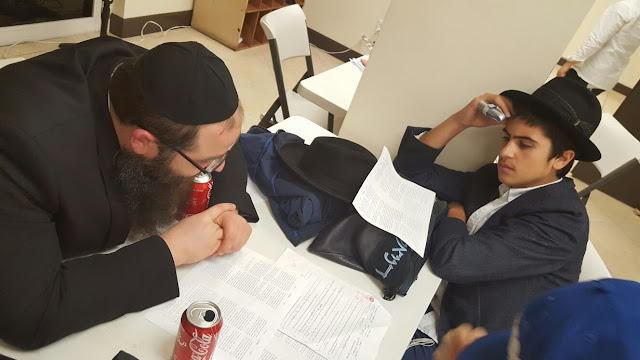 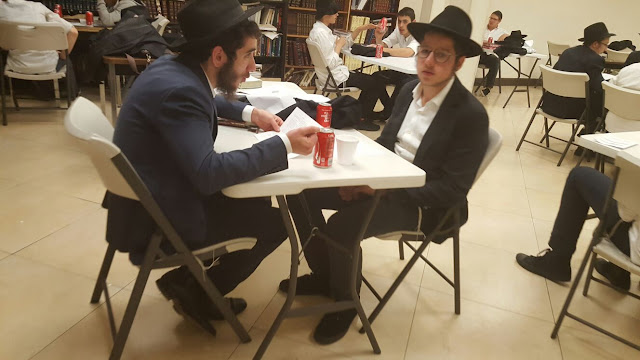 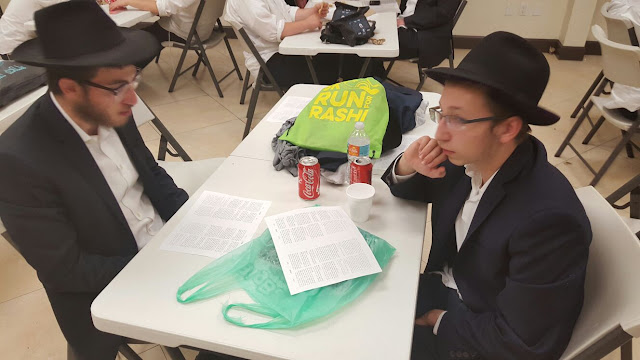 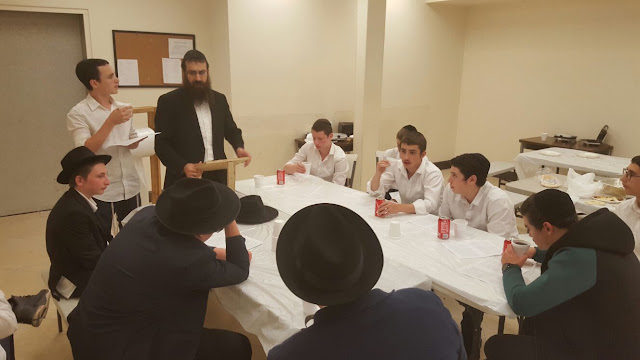 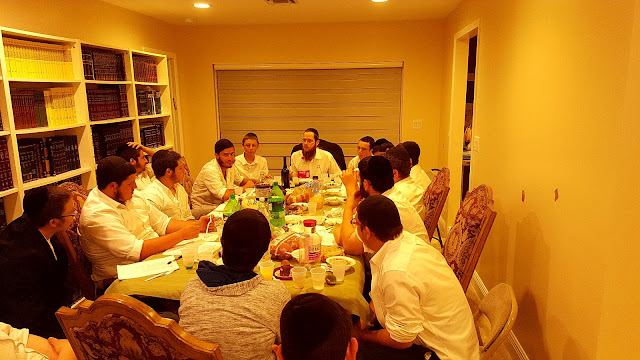 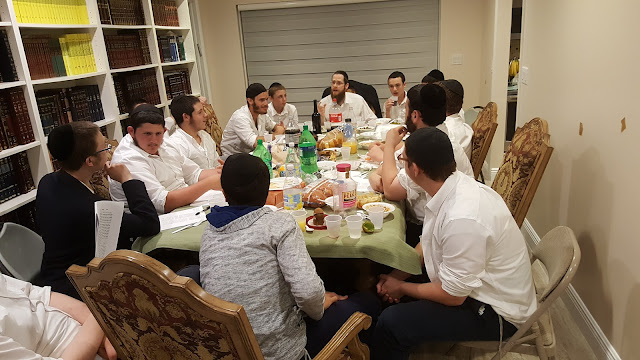 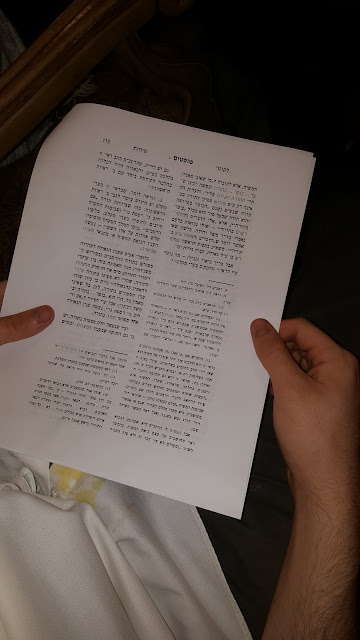 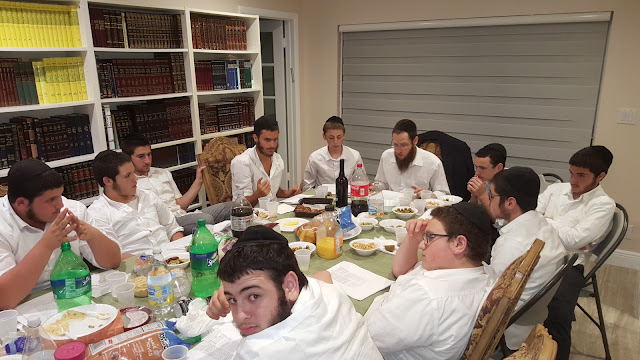 A HUGE Yasher Koach to Rabbi Shusterman and the Shiur Beis Bochurim for bringing their Gemara learning to life.
In this post you will catch a glimpse of the Sugya in Meseches Sukkah that the Bochurim are learning and the creative "Mini Sukkos" they designed and created depicting the different Halochos.

The Gemara also says that if you fill up the floor of the Sukkah with pillows and mattresses, which are valuable, even if they are worthless to you, you still cannot use them because of a rule בטול דעתו אצל כל אדם  1 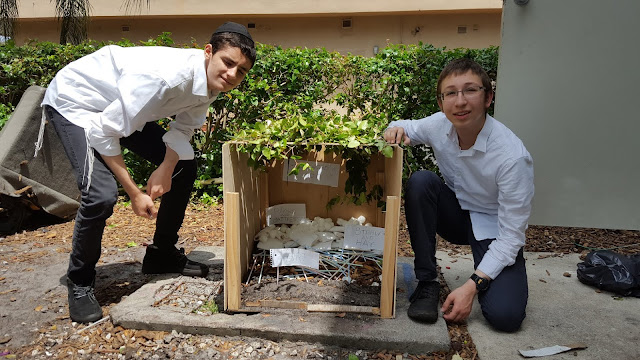 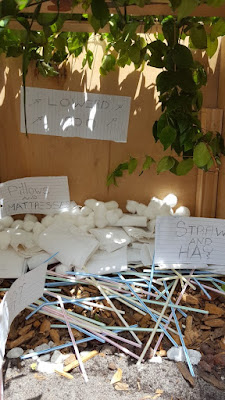 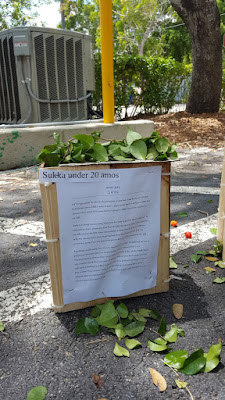 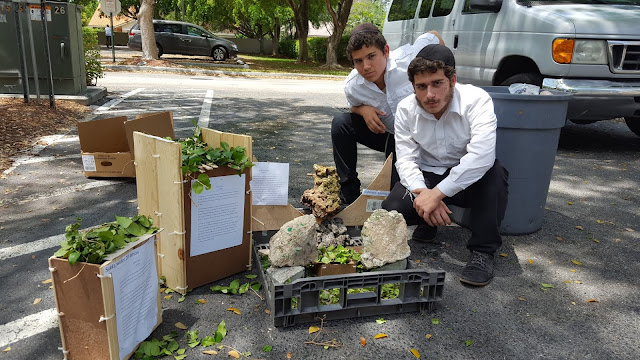 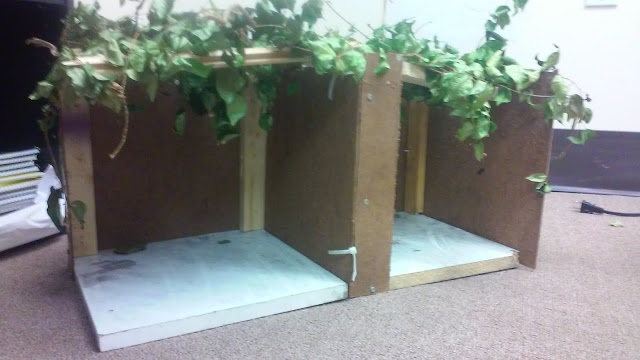 “Sukka Gedola”
Bais Shamai says you can’t have your Sukkah in your house because you might want the ice cream so much you’ll end up eating in your house.
Bais Hillel says we aren’t afraid of this (they don’t like ice cream)
But we Pasken like Bais Shamaiץ 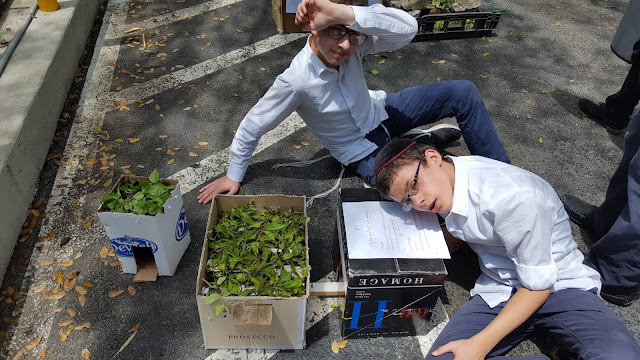 Our Sukkah illustarates the Sukkah of Heleni the queen. She had walls that did not reach the schach, because of airflow.
At first glance we cannot bring her sukkah as a proof for R' Yehuda, who says that a sukkah can be over 20 amos.
The reason her sukkah had to be kosher is because she had seven sons, and at least one of them was the age that is chayav for chinuch, and that's why it says that she always listened to the Chachamim.
The conclusion is, that she would sit in a separate cubicle for modesty, and her sons and guests would sit in the main sukkah. 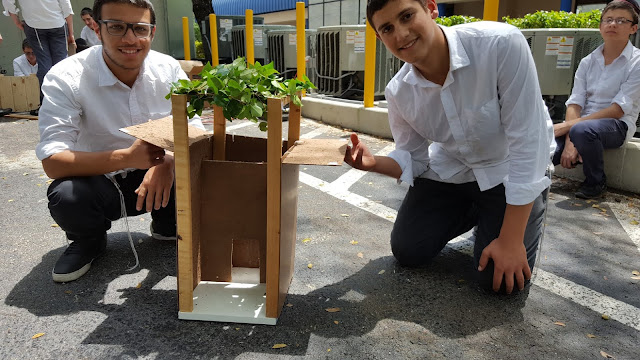 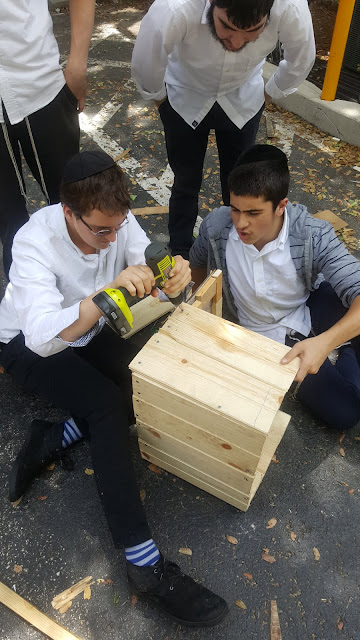 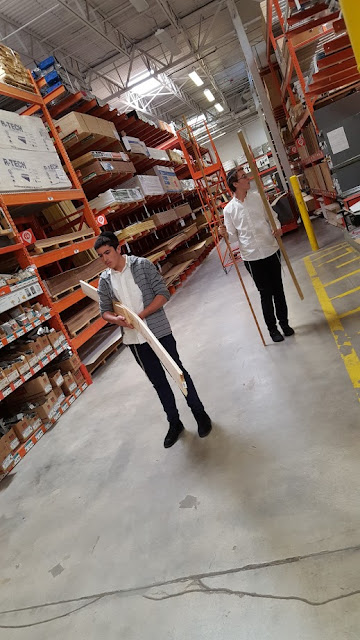 Right in our own backyard 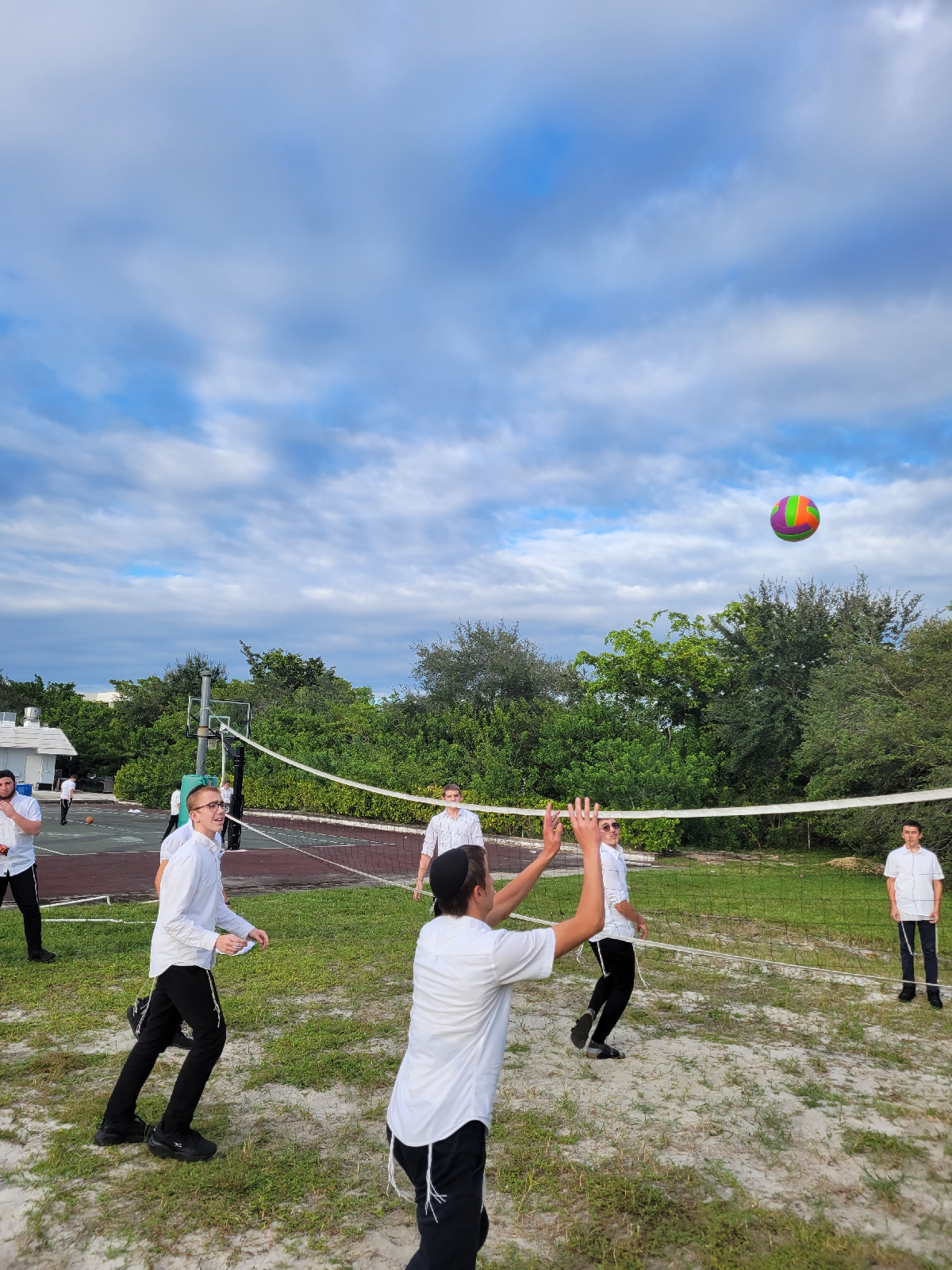